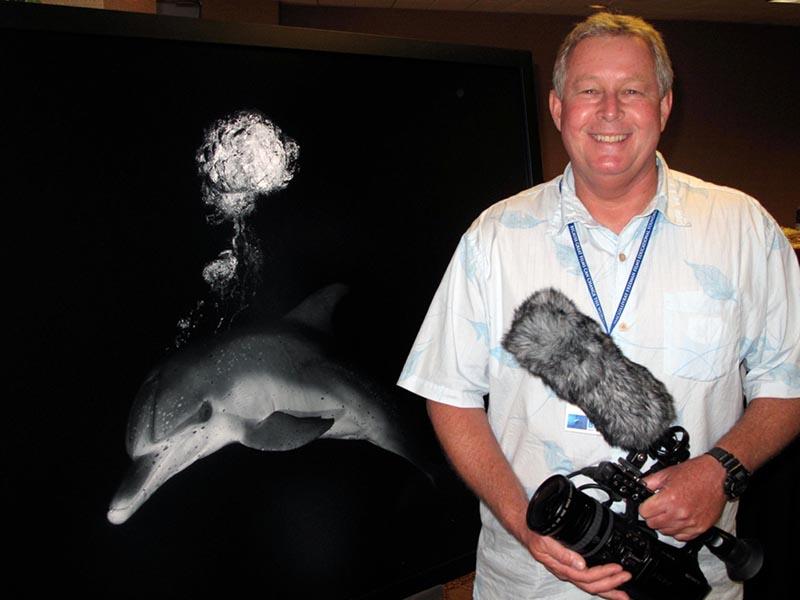 Since his childhood growing up in Virginia in the late 50’s, Ray Hollowell developed a love for the sea. His surfing experiences traveling around the world eventually lead him to Honolulu, Hawaii in the early 1990s.

Since moving to Hawaii, Ray has had a robust career as an ocean adventure cameraman and television producer. In 2000, he produced his first documentary titled “Hawaii’s Ocean Angels,” a film about dolphins and the dangers they face from illegal fishing practices. His ocean adventure footage has been featured on many major networks around the world and has sold successfully nationwide as DVDs in stores such as Best Buy, BJ’s Warehouses, and Sam’s Club.

In 2002, Ray had a near-death experience that altered the course of his life.

After surviving a horrific drowning accident in the ocean at the notorious Banzai Pipeline on the North Shore of Oahu, Hawaii, Ray reflected on his past, his future, and his purpose in life as a professional cameraman and producer of ocean-based content, including extreme sports programming.

Ray considers it a miracle that he survived the accident. During his year-long recovery, he had what he calls “a revelation” that inspired him to focus on filming and producing ocean-related programming that is fun...but that also has a higher purpose; something beyond sheer entertainment value. Ray had a plan...for the sea! 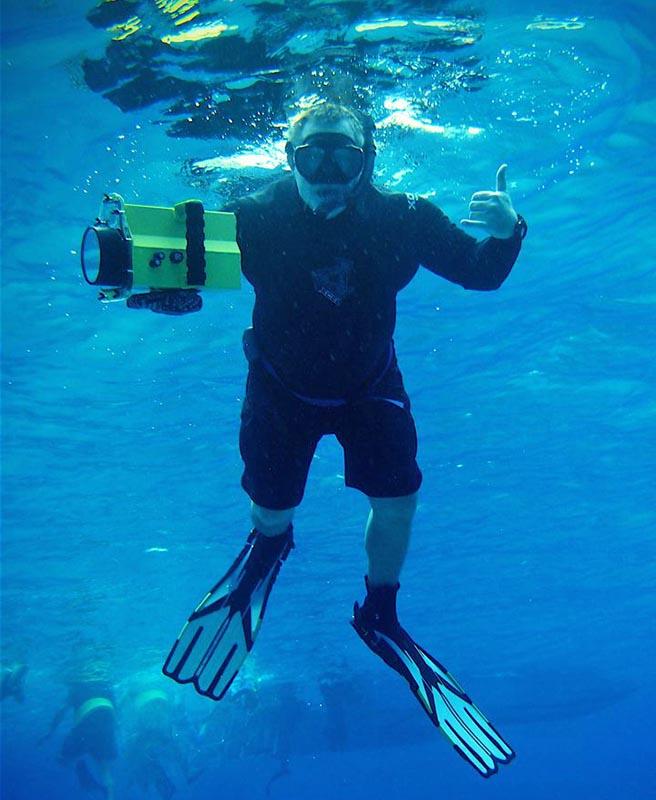 Ray combined his passions—love of the ocean and videography—and began filming sea life and ecosystems in order to help others understand and appreciate them. This continued, and in 2009 Ray founded the nonprofit organization PlanSEA (meaning: a Plan for the Sea), now Sea Inspiration. Years later, he and a team of sea advocates continue this work, creating multimedia programming that teaches people—especially children—about the importance of sustainability and stewardship of the marine environment. However, this is about more than education.

In addition to encouraging people to help the sea, Ray and PlanSEA.org began using the ocean to help people! They started by facilitating sea adventures for children with medical challenges, and found the healing and inspiration created by these experiences was life changing not only for the kids, but for their families and everyone involved with making it happen—because the healing power of the sea was an inspiration. They began arranging and filming surfing lessons, dolphin adventures, and diving experiences for both children with medical challenges and combat-wounded veterans.

Each adventure is video documented and used to help others understand the value of the sea beyond ecological issues. The ocean offers healing. The sea inspires us with its power and diversity. Seeing the sea inspire and heal, motivates us...and as we realized all of this, we also realized it was time to change our name.

In 2017, we changed our name to Sea Inspiration.

Don’t let the name change fool you! For almost a decade, the same caring, dedicated team has been making it happen. People and oceans healing together is not just our tagline, it is the essence of who we are, what we stand for, what our goals are, and what we do.

Learn about more about Ray and the SI Board of Directors or check out great video that he shot!