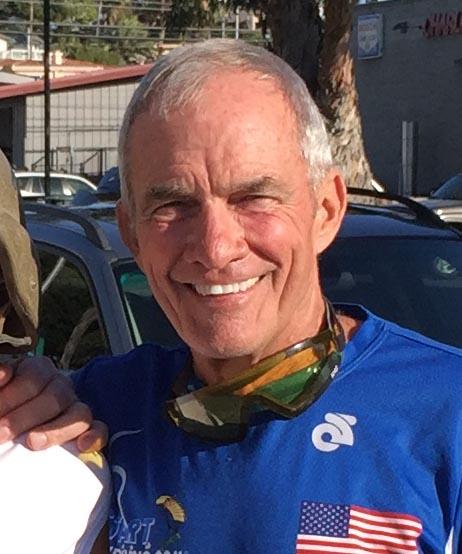 I enlisted in the US Marine Corps in 1966 at the height of the Vietnam War, and served in Golf Company, 2nd Battalion, 5th Marines. I was in eight major named combat operations and wounded in battle on three occasions; grenade shrapnel to my left knee and leg, a punji stake wound through my left foot, and a machine gun wound through my right chest. The chest wound necessitated the removal of most of my right lung.

After earning three Purple Hearts, I was medically discharged from military service leaving Vietnam as a Sergeant of the US Marines. Using my G.I. Bill, I completed my undergraduate work, Bachelor of Science Degree in Education, and Master’s of Science in Secondary Education and Rehabilitation Counseling.

After an eight-year absence, I returned to the US Marines as a 2nd Lieutenant and became platoon commander of “Suicide Charley,” 1st Battalion, 7th Marines. Over the course of 30 years, I held command at every level.

Now retired, I am military free-fall qualified and a USPA Pro-D license holder with over 3,000 jumps. I became a competitive runner while getting in shape to meet the physical demands of my service. By retirement in 2005, I had run fifty-two marathons and a couple dozen “ultras.”

Retired from military service in 2005, I became Chief Operating Officer of the Pearl Harbor Visitor Center, then Executive Director of the Honolulu Armed Services YMCA. I’m now completely retired, and spend most of my free time working with wounded warriors and skydiving.

I am proud to serve as the US Military Spokesman for Sea Inspiration, am happily married to my wife Stephanie, and my son is now serves his country as Major Josh Bates, USMC.

Note: Col. Bates is an important part of our program called Healing Adventures for Military -- please check out this life-affirming work!

Return to the list of Advisors so you can get to know all of them! :)