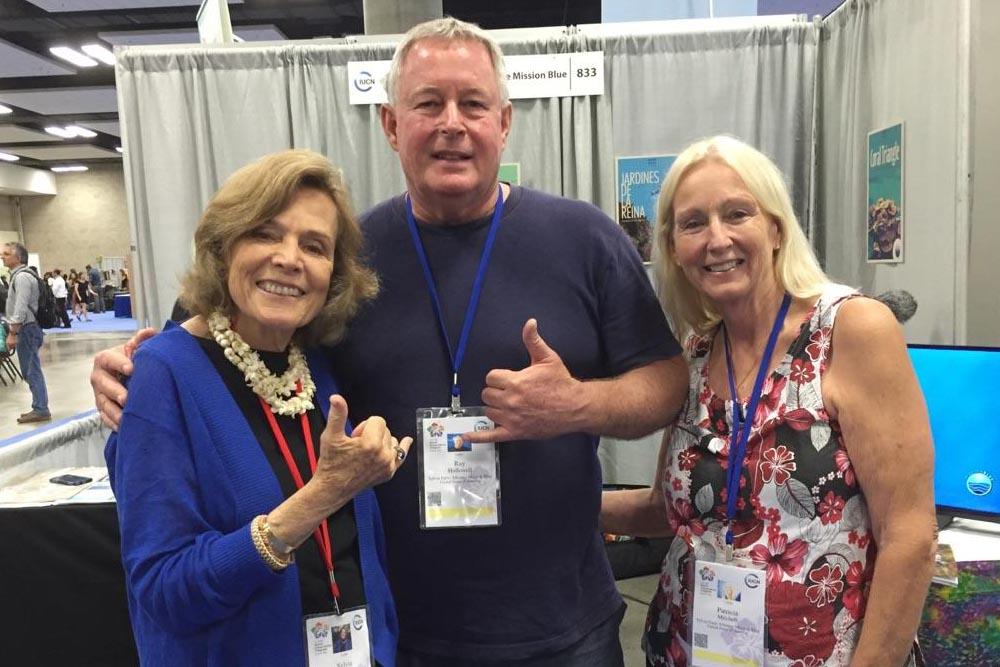 The Sea Inspiration team attended the IUCN World Conservation Congress as guests of Dr. Sylvia Earle and her Mission Blue Foundation. We shared her booth during the event held in Honolulu.

This was the first time the event was held in the United States. We were honored to stand in and represent the Mission Blue organization and PlanSEA (name changed to Sea Inspiration in early 2017).

PlanSEA Founder Ray Hollowell provided amazing sea life footage combined with Dr. Earle’s words of wisdom and encouragement that played at the booth. The video highlighted the beauty of our marine life that so desperately needs our help.

We interacted with conservationists from all over the world as well as our local community members and students, developing contacts and friendships that will help us expand our environmental education efforts and outreach.

Speaking of education, check out our My Beach Reports page and see how young people are making a difference for the oceans!