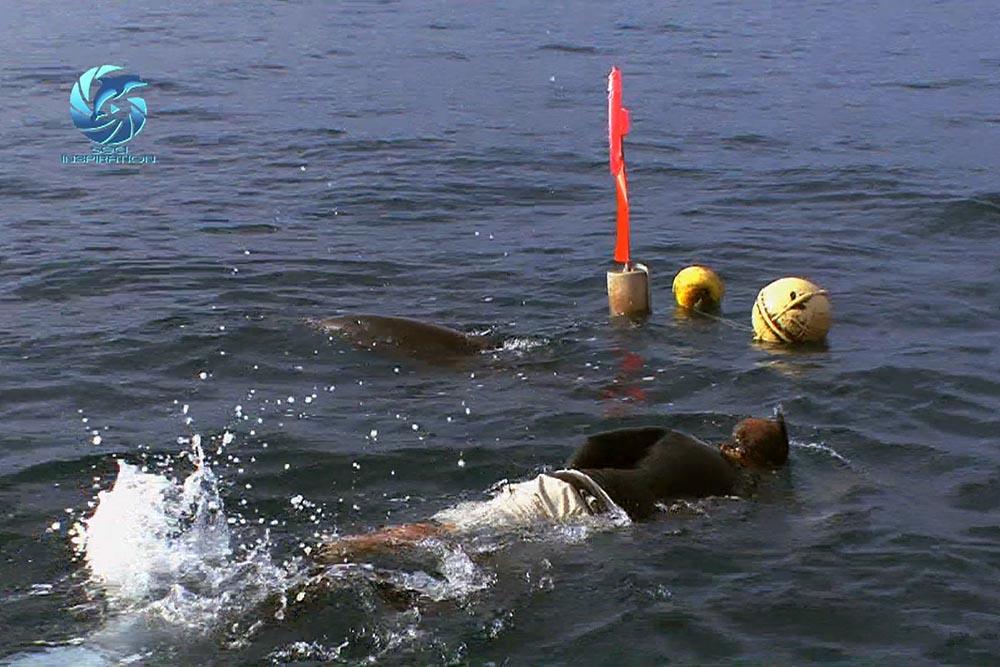 The Drowning Dolphin Rescue is my favorite My Beach Report.

We were on a mission to film sharks and other pelagic species that hang out in the deep blue a few miles offshore. As fate would have it, we were in the right spot at the right time and able to help one of Mother Ocean’s kids that was in a life threatening situation!

We sped in to action and that’s when it was confirmed, the animal’s tail had become entangled in the crab trap buoy line!

When we got to the buoy, our Sea Inspiration Advisory Board Member Snorkel Sam Monaghan grabbed a knife, quickly jumped in the water, and swam over to the entangled dolphin. The animal was in extreme duress and after a couple of minutes of diving under the buoy and dolphin, Snorkel Sam managed to free its tail!

Sam placed his hand on the stomach of the dolphin and felt its heart beat. He then helped it get stabilized and the dolphin’s eye seemed to clear, it gave a couple of loud squeaks as if to say “Thank You!” and then swam off. It was one of the most touching and amazing things I’ve seen in my lifetime in and around the ocean!

One of our favorite My Beach Report reports Kai Wilding appears in the video as our expedition guide and narrator. Thanks, Kai – great job!